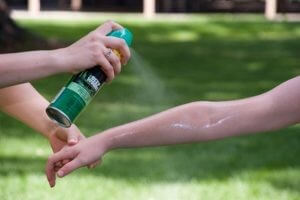 As the Zika virus continues to make headlines daily, it is essential to know who is at risk, how it is transmitted and most importantly, to understand strategies for prevention. Following are the latest findings on Zika, according to experts at the Centers for Disease Control and the World Health Organization.

How does Zika spread?

Most people get Zika from a mosquito bite, but it can also be passed through sexual contact, blood transfusion or during pregnancy to a fetus.  Zika is spread primarily by Aedes aegypti mosquitoes, which breed in areas with small pools of water, even as small as a coffee cup.  When a mosquito bites a person with Zika, the virus travels from its gut to its salivary glands and is then injected into the next human it bites.

Who is at risk?

Almost no one is immune to the virus.

How serious is the Zika virus?

If Zika is transmitted to a fetus during pregnancy, it can cause microcephaly, a birth defect that is a sign of incomplete brain development. Babies with microcephaly have extremely small heads, and the nerves connecting the eyes and ears to the brain may be permanently damaged. Therefore, pregnant women should avoid traveling to destinations with outbreaks of the virus, and should take extra precautions to protect themselves from mosquito bites. In addition, current research links Guillain-Barre syndrome (GBS), an uncommon sickness of the nervous system in which a person’s own immune system damages the nerve cells, to Zika; however, only a small proportion of people with recent Zika virus infection get GBS.

What parts of the US is Zika most likely to reach?

The Aedes aegypti mosquito is most common in Florida and along the Gulf Coast, but can travel much farther north in summer. In July, the first cases of Zika caused by mosquitoes in the U.S. (versus those cases acquired by people who traveled outside the country) were reported in the Miami area; in August several more were reported in Miami Beach. However, the CDC indicates clusters of cases are to be expected and does not signal the virus is spreading throughout the state. Experts say Zika is not as likely to spread in the U.S. as it did in Central and South America, because our living conditions are very different (air conditioning, closed windows in the summer and use of window screens) and tracking and treatment of infections is more effective.

What are the symptoms of Zika virus?

The illness is usually mild, lasting about a week with symptoms that include fever, rash, joint pain and red eyes. Only one in five people infected with the virus exhibits symptoms.

What can I do to protect myself?

First, decrease your risk of being bitten by a mosquito:

How is it treated? Is there a vaccine?

Considerable progress is being made in the development of a vaccine, but none is available yet, and health experts warn that it may take years before one is commercially available. Treatment today focuses on relieving symptoms and includes rest, rehydration, and acetaminophen for fever and pain.

For more information, check our website for updates and/or visit http://www.cdc.gov/zika/whats-new.html

The post The Zika Virus: Prevention is the First Line of Defense appeared first on Specialdocs Consultants.

The Zika Virus: Prevention is the First Line of Defense